All of the exercises in these articles can be done in a virtual environment. Tools that I will be using are:

Before jumping into all the good stuff we need to go through some basics like what is registers, stack and assembly this will help us to understand the exploit development process better.

First, a basic understanding of assembly will be helpful to be able to make sense of all of this. In-depth coverage of assembly code is way out of scope for this article, I will leave some reference materials here, so you can go through it.

x86 Assembly Crash course is an excellent intro to assembly. 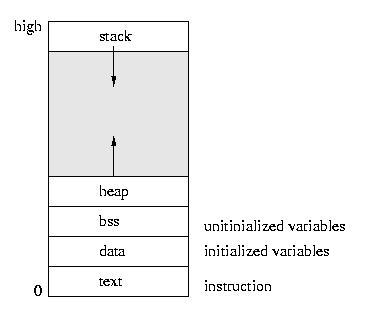 A register is a location within the processor that is able to store data. For exploit development the following special-purpose registers are important.

What is a Buffer Overflow?

A stack overflow occurs when a program stores more data in a variable on the execution stack than is allocated to the variable. The excess data corrupts nearby space in memory and may alter other data. As a result, the program might report an error or behave differently. Using unsafe functions that can lead to a buffer overflow vulnerability:  printf, sprintf, strcat, strcpy, and gets.

There are many different possible attack vectors in today’s native binaries. I will cover some of these in this series.

Now that we have some idea about binary exploitation, let’s do a simple practical example. This code is from protorstar0, the goal of this challenge is to modify the value of the “modified” variable, which is now equal to 0.

From the code we can see a 64-byte buffer is in the program, we can modify it because of unsafe gets function used. The get() function allows overriding the declared buffer size.
The gets() doesn’t do any array bound checking, that’s why it is considered as an unsafe function. To avoid Buffer Overflow, fgets() should be used instead of gets().

Now let’s compile the above code and open the binary in DGB. Before compiling the code, let’s disable some of the exploit mitigation mechanisms in place.

After compiling the binary, let’s check the properties of executables, if there is any exploit mitigations (like PIE, RELRO, PaX, Canaries, ASLR ).

Open the binary in GDB

Let’s send some data to the program

We got a reply try Again, We know the defined buffer size is 64 bytes. Let’s send more than 64 bytes of data and monitor the program in GDB

As we can see from GDB output program get a segmentation fault when receiving more than 64 bytes of data. The variable modified get overwrite and other important registers are overwritten.

This is a very simple example of how we can take advantage of vulnerable functions used in programs to exploit them. That’s it for this intro article,